Allica Bank, a London-based challenger bank targeting small and medium-sized enterprises (SMEs), has spotted a gap in the market amid the coronavirus pandemic economic distress. Conrad Ford, Allica’s chief product and strategy officer, tells FinTech Futures that the segment the bank is financing has gone underserved by both fintechs and incumbents during COVID-19.

Having landed its banking licence nearly a year ago, Allica has since built out its live lending system. Since the beginning of 2020, it has issued £250 million approvals in principle outside government schemes.

More than £100 million of this figure is made up of committed loan offers made since June, following the UK national lockdown.

“It’s hard to understate how much banking has changed for that segment [SMEs],” says Allica Bank’s Ford. “They’re not just neglected by high street banks, but by fintechs too.”

“There’s no institutional money, which means large parts of the lending market have instead focused on government lending schemes.

“There’s a significant number of businesses doing well during this time – e-commerce and health to name the obvious – and more which have successfully pivoted.”

Because this market segment is not going through financial distress, and are therefore not a top priority for COVID-19 loan rescuing schemes, it means that some of these businesses have become underserved.

Ford explains that “acquisition of customers isn’t a problem right now” for Allica. In fact, in the last few months, he goes as far as to say that the bank’s loan books have been “quite close to exponentially scaling”, as it also “incrementally” increases operational capacity.

But whilst a more immediate reason for these businesses going underserved might be down to COVID-19, Ford also cites reasons which pre-date the pandemic by more than a decade.

Pre-financial crisis, “a business with a dozen employees would have had a local relationship manager geographically close to them”, Ford explains.

These relationship managers have gone, he adds, getting renamed as “account managers” which sees business-bank relationships diverted to call centres. 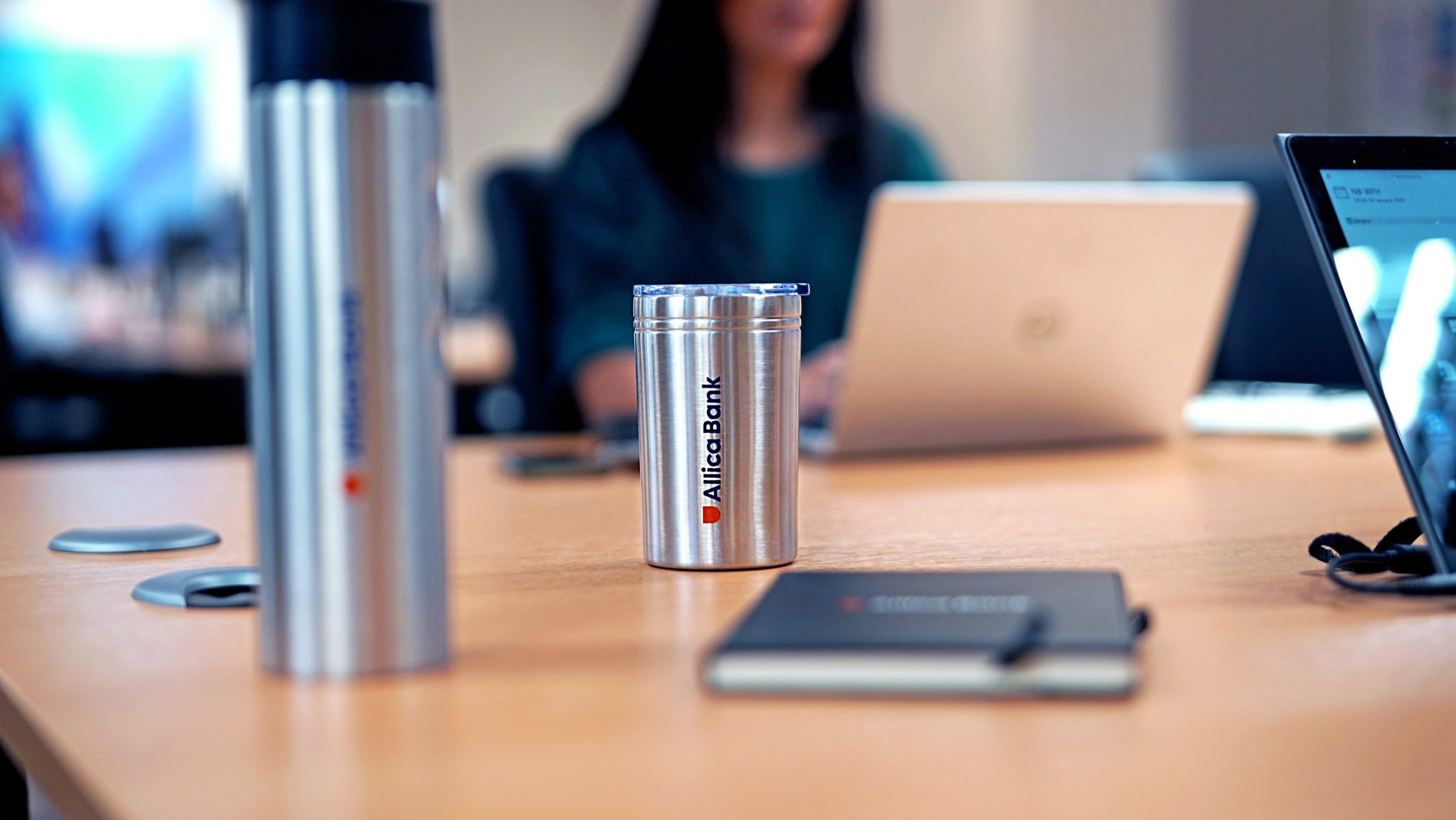 “That’s the pain that a medium-sized business is suffering,” says Ford, citing the consumer call centre experience as a case in point.

“It’s hard to understate how much banking has changed for that segment,” he adds. “They’re not just neglected by high street banks, but by fintechs too.”

And whilst Ford accepts “it’d be easy to think that loss of bank branches didn’t matter much to SMEs,” the data says otherwise.

“When the last bank shuts up shop, lending in that postcode will empirically decline – so local relationships do matter.”

According to a study published by MIT Economics back in 2014, business lending will decline when a branch closes and remain depressed, even after the entry of new banks.

“Closings have large effects on local credit supply when lending is information-intensive and lender-specific relationships are difficult to replace,” the report reads.

The decline of branches is synonymous with decline of relationship banking. Ford adds that “staff coming to the end of careers” in incumbents also means “they’re not very motivated”.

Allica is adamant that relationship management can be revived with the help of modern technology and a team backed by entrepreneurial spirit.

Straddling the Tides and OakNorths

So, what does this segment – one on the receiving end of banking’s biggest changes – look like?

Ford explains what Allica’s customers are not. “We’re not serving the micro-business segment,” he says.

That is, those businesses turning over less than £5 million, with few or no employees and simple banking needs. This is the segment players such as Starling Bank and Tide currently tap.

“Many of these businesses use personal accounts just to save money,” says Ford, pointing to the difficulty of making healthy margins from this segment alone.

And whilst the likes of Tide and Starling’s SME pool is ten times the size of Allica’s, Ford points out that the economic contribution of Allica’s segment is double what this micro-business cohort generates annually.

But Allica is equally not on the other end of the spectrum. That is, lending to the likes of restaurant chain Leon – one of OakNorth’s well-known clients.

“Spanning 5-100 employees and accounting for around a quarter of UK economy, this underserved segment sits somewhere in the middle,” says Ford.

The SME sector is diverse, and yet often isn’t segmented in statistics. According to the Federation of Small Businesses (FSB), in 2020 some six million UK private sector businesses existed.

Whilst 1.4 million of these have employees, a much larger 4.6 million have no employees.

Fellow challenger B-North, which raised £1 million in Series A funding last month, seems to be focusing on a similar segment.

CEO and founder, Jonathan Thompson, told FinTech Futures a year ago that B-North wanted to “bring back the business-broker relationship”.

“Relationships have been broken,” said Thompson. He thinks banks need to re-focus on the material finance generated through face-to-face interaction. Rather than on the micro-mass finance market tapped through digitisation.

“They call themselves commercial brokers,” says Ford, adding that they are the ones “originating billions for businesses via alternative lenders”.

Moving into next year, following a further fund raise – the amount and closure of which is yet to go public – Allica will begin building an internal relationship manager team. 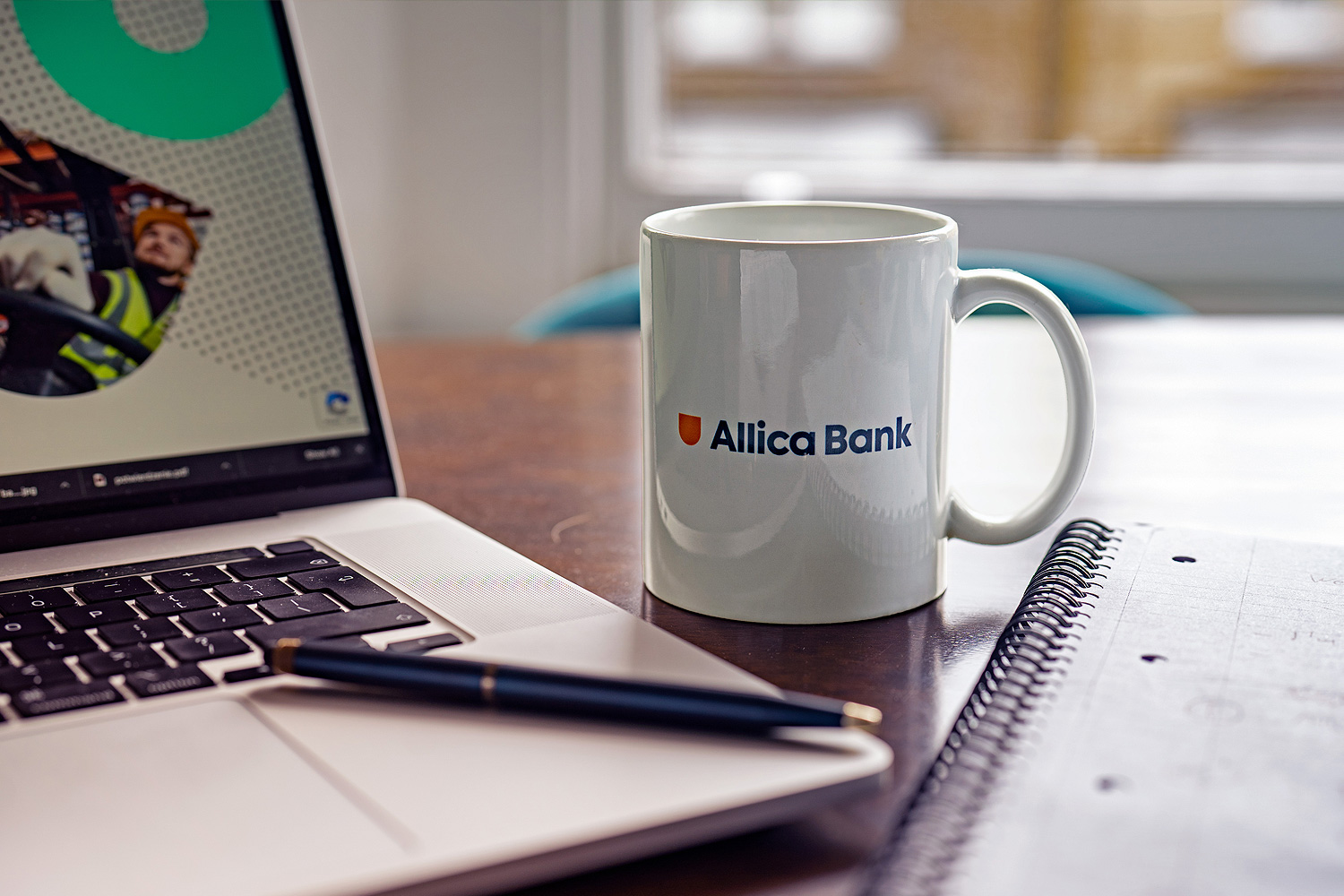 Eventually, Allica’s ambition is to move into working capital loans

“This will work in tandem [with its external network],” says Ford.

“A lot of SME lending is driven by local relationships, so we’ll go first to accountants,” says Ford, referring to how Allica’s own relationship managers will operate.

The CPO previously worked with a network of accountants at Funding Options. The start-up also partnered with Capitalise, a business-lender relationship builder platform.

Currently, Allica makes its money through commercial property lending – i.e. loans to support the spaces in which businesses operate.

“We’re laser-focused on this, but will shortly be launching asset finance lending,” says Ford. In other words, Allica will lend to businesses for things like machinery.

This is different from the unsecured loans many alternative lenders build their books on when SMEs need quick cash flow. That’s because the business has a physical asset to sell back if it finds it can’t pay the loan.

Eventually, the ambition is to move into working capital, says Ford.

Asked whether Allica sits on its own, self-built tech stack, the CPO says Allica is very much a believer in “finding the best-in-class off-the-shelf solution”.

“We’ve moved into the next phase of fintech. Payments, infrastructure, banking – the barriers for market entry have lowered.”

Recently, the bank announced a partnership with London-based fintech Sphonic. Allica will use its regtech platform for to process its Know Your Customer (KYC), anti-money laundering (AML) and fraud prevention capabilities.

Getting a licence isn’t for everyone

Allica is one of the few challengers to hold a banking licence in the UK. Others include Monzo, Chetwood Financial, and OakNorth.

In Ford’s opinion, “you can be a payments institution without being a bank”, and he cites Revolut as an example of this.

But to be a bank and apply for an expensive licence, Ford thinks every fintech needs to evaluate two things.

One: “If you can’t articulate why it’s important, then there’s probably something wrong”. And two: “Because it’s expensive, you need to cover the overhead with a clear vision of scale” – i.e. have a plan to put the money to work.

But whilst Allica is one of a just a few to hold this regulatory advantage, Ford is weary the bank can’t be complacent.

“It’s incumbent on us to take advantage of this window and build a more competitive offering,” he says, referring to its ability to provide loans throughout COVID-19.

“You can’t build a business on a point in time, it has to rest on a long-term trend.”