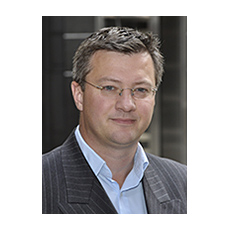 The Internet of Things will be one of the defining technological themes of the 2020s, and beyond. Meanwhile the moderation of mankind’s environmental impact will be one of the defining societal themes over the same time period. Transforma Insights recently undertook an extensive analysis of the relationship between these two epoch-defining concepts: how will the adoption of IoT technologies impact the environment?

One of our key conclusions is that this is a game of two halves: consumer vs enterprise. In a consumer environment, IoT capabilities tend to be built-in to devices in order to improve a product proposition with support for new services or capabilities. Examples include televisions that can connect to the internet to display on-demand streaming content, and a range of audio-visual equipment. But any television displaying streaming content will at the same time drive usage of telecommunications networks, and also cloud data servers. The higher the definition of the TV stream that a viewer chooses to consume, then the greater the consumption of network and cloud resources. By contrast, a more traditional consumption model whereby broadcast TV is viewed real time would place significantly less demand on supporting infrastructures, although clearly this is an inferior proposition from an end-user perspective.

The adoption of IoT concepts in the consumer domain has also resulted in a range of new applications such as smart speakers, connected doorbells, connected photo frames, and so on. These products tend to increase convenience for consumers but have few sustainability benefits to speak of.

In the enterprise domain, however, the story is quite different. As my colleague Matt Hatton has previously discussed on these pages, the majority of IoT projects in an enterprise context are deployed to increase process efficiency. As a result, the deployment of IoT solutions in enterprise tends to result in a reduction in levels of resource consumed, and an overall reduction of sustainability footprint. Benefits can extend beyond reduced electricity consumption to also include reduced (hydrocarbon) fuel consumption and reduced water consumption.

The most significant impacts of IoT in terms of fuel consumption occur in a range of vehicle management applications, including Road Fleet Management, Road Traffic Monitoring & Control, and also Inventory Management & Monitoring (where better management of inventories enables more efficient supply chains). In terms of water consumption impact, then the most impactful single application is Water Smart Grid management, followed by a range of precision agricultural applications (for example using drones to spray crops can in some instances reduce water consumption by 90{fde03d2f1c3ee029f0b86461a3e50e9d647f04138057fbe6f119870871f02d29}).

Some applications are beneficial wherever they are deployed. For instance, smart connected Heating Ventilation & Air Conditioning (HVAC) systems tend to enable savings in power consumption (either for heating, or for cooling) irrespective of whether they are deployed in a consumer or enterprise context. Air temperatures can be controlled remotely, and optimised based on the presence (or anticipated presence) of people in a specific location, and also taking into account weather and weather forecasts. Such systems will also increasingly be incorporated into smart grid Demand Response (DR) and Virtual Power Plant (VPP) solutions to assist with the balancing of power on grid networks and so better enable a shift to renewable power generation (where electricity supply is less predictable, and generally dependent on the weather). To date, clearly, most sophisticated connected HVAC systems have been deployed in a large-scale enterprise context, but the market for connected HVAC is currently moving to a more productised and less customised approach which will better suit small-to-medium-sized commercial installations and consumer installations, driving up adoption in those markets.

Another effect of IoT is the enablement of aspects of the ‘sharing economy’, and the most impactful sharing economy IoT application is the adoption of shared cars. The impact of IoT-enabled share car applications will be a reduction in the total number of car sales worldwide, significantly reducing the resources needed to build cars. Although the expected lifespan of a new shared car is likely to be less than that of a traditionally-purchased car (due to more intensive usage over its’ lifespan), the net effect is strongly beneficial from a sustainability perspective.

Overall, we concluded that compared to a world without IoT the adoption of IoT solutions would result in a net reduction of electricity consumption of 1.6 petawatt hours (PWh) by 2030, and also a reduction of fuel usage of 3.5 PWh and a reduction of water usage of 230 billion cubic meters.

For more information about the environmental impact of IoT and other emerging technologies please see here.

The post IoT and the environment: the green enterprise appeared first on IoT Business News.