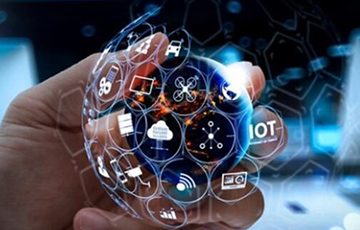 The IoT M2M Council (IMC) announced today that Microsoft has joined the Council, a trade group that fosters a community of 25,000 qualified IoT users.

The Microsoft Azure IoT Engineering group will use the IMC as a platform to stay in closer contact with enterprise users and product makers that are deploying IoT technology. The IMC’s rank-and-file Adopter Membership covers 27 different vertical markets of application around the globe, from manufacturing to healthcare to retail point-of-sale and more.

A plurality of the IMC’s Adopter Members identify as “operations”, which seems to indicate that they are not purely technologists, but rather, business people with problems to solve. Interestingly, this demographic profile holds over almost all the vertical markets that the trade group tracks. According to Microsoft’s own IoT Signals research report, over 90{fde03d2f1c3ee029f0b86461a3e50e9d647f04138057fbe6f119870871f02d29} of 3,000 companies surveyed adopted IoT solutions in 2020 and 80{fde03d2f1c3ee029f0b86461a3e50e9d647f04138057fbe6f119870871f02d29} have one project in the use-phase, both numbers up significantly. IMC will help members become aware of how they can solve real-world problems using Azure IoT services.

“We welcome Microsoft Azure IoT, as one of the most important IoT technology providers, to our group,” says Kim Bybjerg, IMC Chairman and Head of European Operations for Tata Communications.

“The IMC mission is to accelerate the adoption of IoT technology for the common good, and it’s pleasing to see such an influential company recognizing our community as important to that end.”

“We are excited to join IMC to strengthen customer ties and engage with partners across the IoT ecosystem where we can both learn from and contribute to the community for simplifying end-to-end IoT solutions,” says Tony Shakib, Partner General Manager for Azure IoT who will sit on the IMC Board of Governors. “Our goal is to work with IMC to accelerate the adoption of IoT.”