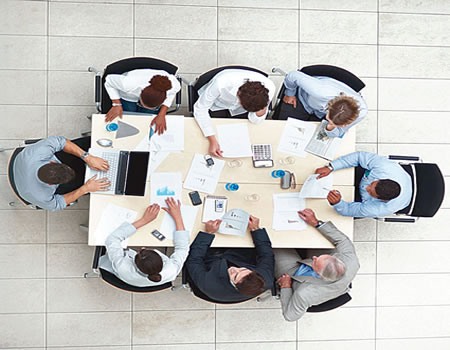 African independent online newspaper, Prime Business Africa (PBA) has concluded plans for its inaugural Editorial Board meeting scheduled for Wednesday, July 28, 2021. According to a statement signed on behalf of the Board and Management of Newstide Publications Limited, publishers of PBA, the virtual rally of the newspaper’s stakeholders is to discuss issues bordering on growth and implementation of the organisation’s content strategy.

The meeting brings together all editorial board members made up of seasoned media practitioners, economists and eggheads in Nigerian universities. Members of the Editorial Board include Professor Pat Okedinachi Utomi of the Centre for Values in Leadership (CVL), Ms Eloine Barry, Founder of the African Media Agency (AMA), Dr Bongo Adi of the Lagos Business School, Professor Chinyere Stella Okunna of Nnamdi Azikiwe University.

Prof Utomi and Ms Barry were recently appointed Chair and Deputy Chair of the Editorial Board by Newstide Publications Limited, publishers of Prime Business Africa.

Dr Adi, a renowned Economist and faculty member of the Lagos Business School (LBS) is the Board Chairman of NewsTide Publications.

Prof Okunna, a renowned scholar and first female professor of Mass Communication in Sub-Sahara Africa, is Deputy Chairman of Newstide Publications and  member of the PBA Editorial Board.

She has, in conjunction with other experts, been at the forefront of the struggle to unbundle Mass Communication discipline in Nigerian universities into eight courses to create room for specialisation and  meet 21st century industry demand in communication skills.

Speaking on the inaugural meeting, Dr Marcel Mbamalu, the Editor-in-Chief/Publisher of Newstide Publications, said: “Ordinarily, an Editorial Board meeting is a routine for any serious newspaper organisation, but this inaugural session is significant many ways; significant, in the sense that it marks turning point in implementing Prime Business Africa’s overall content strategy.

“I am more than convinced that, with the quality of members we have on the Editorial Advisory Board, we would not disappoint expectant Nigerians and, of course, the rest of Africa.”

YOU SHOULD NOT MISS THESE HEADLINES FROM NIGERIAN TRIBUNE

Lagos Is Second Least Liveable City In The World For 2021

Lagos is the second least liveable city in the world for the year 2021. This is according to the most recent annual ranking put together by the Economist Intelligence Unit (EIU)…

CLAIM 1: A Twitter user claims UNICEF said any efforts to block children from accessing pornography might infringe their human rights.