Why minority business leaders are celebrating the infrastructure bill 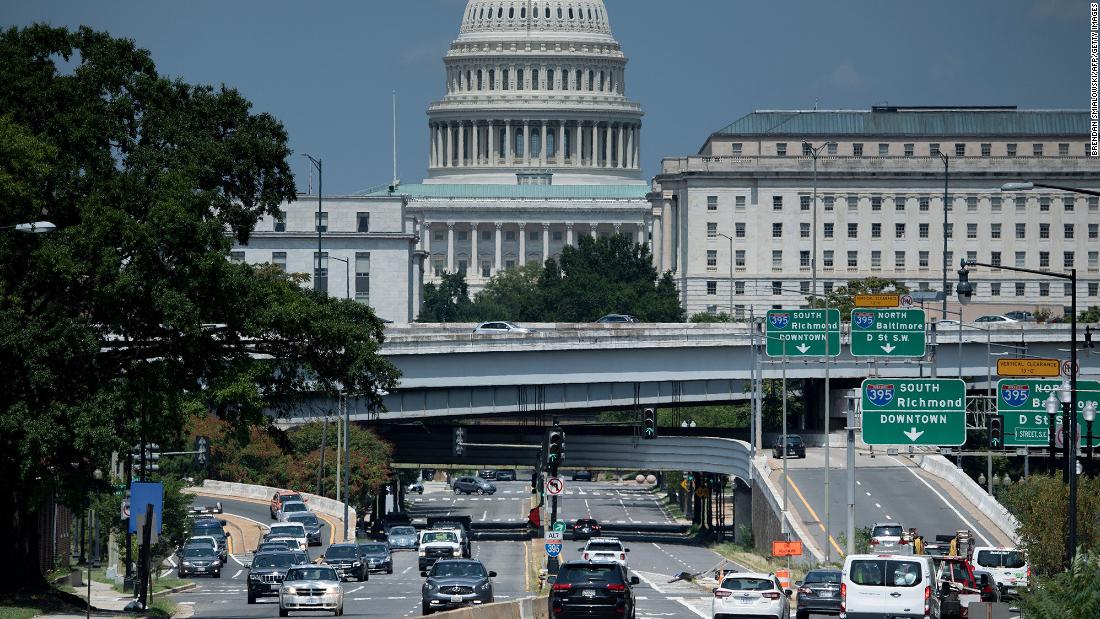 Why minority business leaders are celebrating the infrastructure bill

“This was a win for us in a big way that may not necessarily be known by most people,” US Black Chambers of Commerce president and CEO Ron Busby Sr. told CNN Business.

Busby’s organization advocates on behalf of 143 Black chambers of commerce in the United States and a total of 380,000 Black business owners in the US, Canada and parts of Africa. It’s one of several national groups that have spent most of the year pushing lawmakers and the Biden administration to include provisions in the infrastructure package to help Black, Hispanic and Asian-American entrepreneurs.

As a result of their lobbying, the final version of the Senate bill includes a bipartisan amendment that would make the Minority Business Development Agency a permanent part of the federal government and expand its budget from $42 million to $110 million, according to a copy of the measure obtained by CNN Business.

The MBDA is one of the only federal agencies focused exclusively on developing and advocating for minority-owned businesses. The Nixon administration established it in 1969 as a division of the US Department of Commerce. Because its creation was never authorized by Congress, the agency has been required to ask the presiding US President for new funding each year.

“We believe as a separate agency, it’ll be given more power to support minority businesses without feeling like it’s a foster child, if you will, or less of a priority,” Ramiro Cavazos, president and CEO of the US Hispanic Chamber of Commerce, told CNN Business.

The infrastructure bill’s MDBA amendment would expand the agency’s geographic reach by granting it resources to open regional offices and rural business centers. Those facilities would be administered through historically Black colleges and universities and other minority-serving institutions, or MSIs, according to the office of Democratic Sen. Ben Cardin of Maryland, who co-sponsored the measure with Republican Sen. Tim Scott of South Carolina.

Cardin said the MBDA is one of the federal government’s best tools to address the historic barriers to small business ownership faced by minority entrepreneurs.

Studies show small business owners of color have been disproportionately impacted by both the Covid-19 pandemic and the widespread shut downs of nonessential businesses.
The pandemic also exacerbated preexisting inequalities between White and non-White business owners.

“We wanted to increase the resources going into this agency so we can get more entrepreneurship in minority communities,” Cardin told CNN Business. “For our economy to perform at the level it needs to, we need everyone to have opportunity in this country.”

The Senate infrastructure bill’s MBDA amendment would also give financial assistance for both public and private sector development, provide additional grants to nonprofits that support minority business enterprises, and create a new program to promote entrepreneurship at HBCUs and MSIs.

What else does the infrastructure bill do for minority entrepreneurs?

The bill also includes provisions that would break up large infrastructure projects into smaller contract deals and allow minority-owned businesses to make exclusive bids on those projects to ensure greater racial equity, according to Busby.

Minority business owners have historically been systemically excluded from securing often lucrative federal contracts for infrastructure work, such as building bridges and highways, according to a 2016 MBDA report.

That’s due in part to the limited size and scale of most minority-owned construction companies and other service providers as well as the burden of financing up front operating costs. Busby says federal contracts typically delay payment until after jobs are completed, which can take months if not years.

“The government is notorious for paying late,” Busby said. “It’s one thing to get a contract. It’s a whole other thing to get paid.”

That unbundling of large project contracts is the most critical aspect of the bill, according to Susan Au Allen, president & CEO of the US Pan Asian American Chamber Of Commerce. Allen says the senate bill could help restore the number of minority-owned businesses to their pre-pandemic levels and beyond, but emphasized that strong oversight is needed to ensure its policies are executed properly.

“If there are teeth to ensure open and fair implementation of the legislation and accountability, it could accelerate minority businesses to their pre-Covid-19 growth trajectory, and greatly increase the number of minority businesses in the marketplace,” she said.

The infrastructure bill is already facing an uphill battle in the House. Progressive Democrats and House Speaker Nancy Pelosi have vowed not to support their own version of the measure unless it is coupled with a House version of the Senate’s $3.5 trillion budget resolution bill, which Democrats passed with a 50-49 party-line vote on Wednesday.

But Democratic moderates in the House have threatened to withhold their support for the budget resolution until Pelosi allows a vote on the $1.2 trillion infrastructure bill.

Cardin said he expects the stalemate to last until September after House committees have had a chance to work on the budget resolution.

“Those who are saying we must have one before the other, we’ll have that opportunity,” he said.

It’s also an open question as to whether the infrastructure bill’s minority business proposals can survive both political and constitutional scrutiny, according to Busby.

In June, a federal judge in Wisconsin issued a temporary restraining order blocking the US Department of Agriculture from issuing payments to Black farmers under a policy established in the $1.9 billion stimulus bill signed by President Joe Biden in March.
That debt relief program was designed to help socially disadvantaged farmers and ranchers who have historically been “subjected to racial or ethnic prejudice because of their identity as members of a group without regard to their individual qualities,” according to a House code.

The judge’s order was issued after a group of White farmers known as the Wisconsin Institute for Law and Liberty filed a lawsuit challenging the program. Busby said he expects the infrastructure bill will face similar judicial challenges if signed into law in its current form.

“Yes I believe it will be challenged, but that’s nothing new,” he said. “We’ve always been ready for the fight and many times we win the fight.”

Cardin said he expects the infrastructure bill’s minority business owner provisions will survive, pointing out the courts also have a long history of supporting federal policies such as Affirmative Action that are designed to help disadvantaged groups.

“We’ve had preferences in our laws for decades to try to provide opportunities for underserved communities,” Cardin said.